To me, hot dogs define the point where farming and food go their separate ways.

I felt this way long before last week's woeful recall of Maple Leaf hot dogs, which were rounded-up in Eastern Canada by the company for fear of listeria contamination. But the recall confirmed it — when it comes to certain products, the chasm between farming and food is long, wide and deep.

Sometimes, farmers grow food that's headed straight to the consumer. But check the grocery store — often whatever farmers produce needs or gets further processing before it becomes what we generally accept as food.

Traditionally, when commodities arrived at the factory gate for processing, farmers' jobs were done. Their end of the production chain was complete.

They'd worked for months to get the crops and livestock ready for harvest or finishing, and if everything arrived at the factory gates healthy and disease-free, it was the processor's turn to make sure production processes did their jobs, too.

When processors get a hold of raw commodities, they do just what we ask them to. They turn ingredients into food that's tasty, safe, healthy and convenient.

But most of all, cheap.

And that brings us to hot dogs.

They're a blend of what have you, including cereal crops, meat scraps and, unfortunately, salt. These ingredients are made into a slurry or batter, cooked for an hour or so and then packaged.

Processors try to make some hotdog varieties healthier. But that's not why most people eat hot dogs. In an ideal world they'd be a source of affordable protein.

But instead, they've become a front-page headline, a six o'clock news lead story and a Twitter occasion.

Contaminated food is a violation of public trust. We can't, or won't, make some of the most popular food products at home, so we put our faith in processors to keep food safe.

We need to trust the food we buy, regardless if it's a lowly hotdog or a top cut.

And usually, we can.

Generally processors do a good job and the grocery store is a reliable place to buy food. Maple Leaf owner Michael McCain is on record as saying the recent listeria problem underlines that the food inspection system is on top of things, even if quality control in the shipping department sometimes isn't.

This week, one of my students from a farm outside London, Ont., said she feared the hotdog incident would scar farming.

No matter how you look at it, she said, farming equals food.

She's right. That's the message the agricultural sector has been trying to convey for ages to help consumers realize why Canada needs a strong farming sector.

Without farming, there's no food.

But I think even the most urban of consumers will let farmers off the hook over the hotdog incident. They know there's a big gap between livestock production and food manufacturing, even if they don't understand it in detail.

However, I wonder if the time's come for farmers to wade in on the end use of their products.

They're increasingly absorbed in better production practices on their own farms. But their efforts are marginalized if they send good pork, beef, chicken, grain, vegetables and other farm products to processors, only to have some of them manufactured into unhealthy consumables, loaded with salt and fat.

These products might routinely pass muster with food safety inspectors, but they make nutritionists, health professionals — and people like my student — cringe.

Realistically, I don't know how much more can be expected of farmers, at the prices we're prepared to pay for food.

Becoming healthy food advocates is an expensive, time-consuming and endless task. But if wrong perceptions keep developing about farming's role in the food system, they may have no choice. 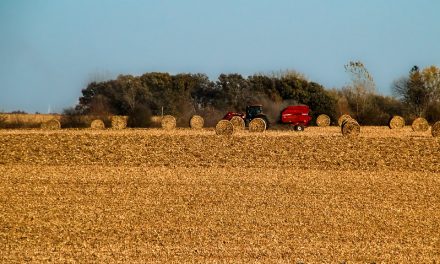 Whisked away for a prairie farm weekend

Sustainable, sophisticated farming works for everyone