The grocery store doesn't stock it, it has a low public profile, and it's way underrated as a vitally important commodity. But last week Statistics Canada offered up a reality check when it highlighted a report on the country's most popular organic crops.

There, at the top of the list, was hay.

If you were expecting apples and carrots, you're not alone. Statistics Canada sounded just as surprised, on its website.

"Consumers by now are used to seeing a range of organic fruits and vegetables for sale in their local grocery store," wrote a departmental scribe, "but the most common certified organic product reported by Canadian farmers is probably not what they think. In fact, (it is) field crops and hay."

I don't think consumers really identify with it, because they're at least one big step removed from it, assuming they eat meat.

In fact, organic farms have increased 60 per cent in the last five years. About 3,550 Canadian farms offer certified organic products, largely grain, oilseeds and hay. That's up from 2,230 in 2001. And nearly 12,000 more farms use organic practices, but don't go through formal channels to identify themselves as organic.

The trend started revealing itself last year, when Statistics Canada reported the number of small farms were on the rise.

Organic farming is typically more intensive, and lends itself well to smaller operations.

The 60 per cent increase would normally make headlines. But even with the jump, organic agriculture still occupies just a tiny niche in Canadian agriculture.

Compare the number of organic operations with the overall number of farms, which stands at almost 230,000, and you see the scale.

But it's the trend more so than the actual numbers that the agri-food industry needs to digest, because these farms are very close to consumers' hearts, and wallets.

For example, more than 900 Canadian farmers now have certified organic operations for fruits and vegetables, mostly in British Columbia, Ontario and Alberta.

These three provinces have the highest number of organic farmers selling through farmers' markets, community-supported agriculture or other direct-sales ventures.

Patrons of such venues and initiatives are passionate about their food, and the agri-food sector has a great opportunity to open up a dialogue about farming with these consumers.

The organic sector has started the spring on a high note. Last month, University of Wisconsin researchers reported in the online Agronomy Journal a long-term study showing that with effective weed control, organic and conventional production yields in corn and soybeans can be competitive. Weed control is one of the biggest challenges for organic farmers.

And new measures have been enacted to help consumers understand what the term organic really means.

Federal legislation now dictates that multi-ingredient products must contain at least 95 per cent organic products to be designated Canada Organic or Biologique Canada.

Farmers must apply to an accreditation body in their province to officially call themselves organic.

The Canadian Food Inspection Agency has a Canada Organic Office. Ironically, what started as an alternative to conventional farming is becoming more mainstream all the time.

Organic farming's next big challenge is to make sure it's on the table as the new national agri-food policy, called Growing Forward, is being written.

Last week the province and Ottawa announced existing support programs for the agri-food industry, under the existing structure, called the Agricultural Policy Framework, would be extended one year, as details were hammered out.

Being written into the policy is huge for any sector, and could help organics — hay, apples, or whatever — get an even stronger foothold in officialdom, and get a place on the dinner plates of more Canadians.

Farmland values have a wide impact on agriculture and food 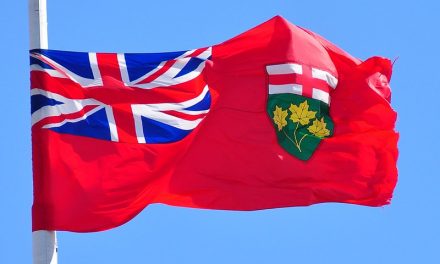