In the eyes of Ontario farmers, Premier Dalton McGuinty is waffling a bit on his commitment to biofuels. It's making them edgy, not to mention confused.

Here's why. Since the early days of biofuel development, the premier has encouraged farmers to be partners in moving the sector along. As recently as last month he dedicated resources to on-farm biofuel technology and research.

Ontario was one of the first jurisdictions out of the gate to mandate an increased biofuel appearance at the pumps — 10 per cent ethanol content in all gasoline by 2010. So when the premier was quoted as saying that maybe five per cent is good enough and wondered if "stretching it" to 10 per cent was in the public interest — in light of what he called "some of the other developments, including food costs" — farmers were quick to remind him of his commitments, and the fact the jury is out regarding whether biofuel is driving up food costs.

They've requested that he publicly reconfirm his support.

At the front of the line was Geri Kamenz, president of the Ontario Federation of Agriculture.

"Premier McGuinty helped farms across Ontario with his decisive leadership on biofuels and the ethanol mandate. Biofuels have created new manufacturing jobs and new growth in rural Ontario," Kamenz said.

As the premier knows, farmers have to plan well in advance if they're going to make cropping changes, especially the kind that support a whole new industry, such as biofuels. But as Kamenz points out, that's just the start.

Companies are now working to develop special varieties of crops associated with conventional biofuel sources, such as corn. These varieties will contain higher percentages of the ingredients, particularly starch, needed for biofuel development. But how much investment in new technology can be expected if the political climate is uncertain?

Other companies are driving hard to find alternatives to using corn and other food crops for biofuels.

The food-versus-fuel debate has become heated and drawn the attention of many decision makers including the premier, who are understandably reluctant to support programs that raise the cost of food by sending crops to refineries instead of grocery stories.

The good news is that the technology to use low-value cellulose for biofuel is getting closer all the time, thanks in part to support from the province.

But again, what company will take that technology to the market in a fragile political environment?

Some federal politicians and bureaucrats who were on the fence a few months ago have taken the plunge. Ottawa recently announced $25 million in support to Suncor, so the company can double its ethanol production in economically challenged southwestern Ontario.

The Suncor St. Clair Ethanol Plant expansion near Mooretown, which is supposed to be completed in a little more than a year from now, has also received investment from farmers totalling $12.5 million.

It's true that scientifically, some support biofuels, while others say they're as bad or worse than fossil fuels. It's vital for researchers to keep looking critically at biofuels and help decision makers such as the premier truly understand their impact on all sectors.

Meanwhile, farmers hope the premier will again take up the cause.

"We are pleased to hear Prime Minister (Stephen) Harper is standing by the federal government's commitment to mandate a five per cent ethanol blend in gasoline sold in Canada," says Dale Mountjoy, president of the Guelph-based Ontario Corn Producers Association.

"We are confident that once the premier's office has had the opportunity to review the issue more closely it, too, will stand by its previous commitments." 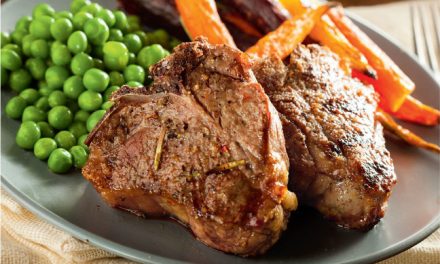 A new way to discover what rural Ontario thinks