This green technology is hidden from sight

I'm curious to see if new public opinion polls show whether the environment is still top of the mind with Canadians, in light of skyrocketing fuel prices and growing angst about the cost of basic food supplies.

Grain supply questions, food riots and unwillingness by some countries to export basic commodities are scaring the daylights out of people, and fear is a big driver in making the list of national headaches. Look at how disease emergence — especially obesity and other diet-related problems — made health the biggest worry, until weather changes and Al Gore reminded us about our fragile relationship with the planet.

But I get a feeling if the environment is no longer No. 1 in Guelph and elsewhere, it won't be too far back on the list, given the way it's sustained its position over the past few years. In fact, environmental concerns helped drive biofuel development, one of the biggest controversies. So likely, issues related to other aspects of the environment will likewise remain high.

Agriculture, the environment and health are tightly and naturally bound.

Researchers committed to animal feed and nutrition have been looking at the relationship with an increasingly critical eye. One approach to improving the connection is through an emerging field called nutrigenomics — that is, how nutrition influences gene expression.

It's been percolating in laboratories at institutions such as the University of Guelph, where thanks mainly to the longtime support from the Ontario Ministry of Agriculture, Food and Rural Affairs, scientists have developed world-class abilities to advance the relationship between food, health and the environment.

It's become lucrative and environmentally prudent for industry to publicly connect the dots. For example, Alltech, a global leader in the animal feed industry (and whose Canadian headquarters are in Guelph) chose the theme "The Greenest Generation" for its 24th annual animal health and nutrition symposium at its world headquarters in Kentucky last week.

This is one of the biggest animal nutrition gatherings anywhere, drawing some 1,700 delegates from 130 countries, and Alltech wisely used the occasion to open a unique research centre for nutrigenomics and applied animal nutrition.

The 20,000-square-foot facility, which the company says is the first of its kind in the world, is dedicated to studying how nutrition affects gene expression.

On a facility tour after the ribbon-cutting, one Alltech staffer called nutrigenomics the intelligent fusion or integration of nature and technology to produce more, while minimizing waste.

That works for me. By knowing more about an animal's genes, researchers can determine what makes it grow more efficiently, including what keeps it healthy, naturally, and how beneficial traits can be passed onto consumers.

The opening drew interested researchers, including Guelph Professor Rickey Yada, scientific director of Canada's Advanced Foods and Materials Network (which is also based in Guelph), to discuss potential collaboration.

The Alltech centre has strong ties with University of Kentucky food researchers, and being a global company, it makes sense to extend the connections in other geographic areas where expertise is high.

Alltech has traditionally worked with Guelph researchers, including animal science professor Trevor Smith and Steve Leeson, who both gave presentations at the conference.

The Alltech nutrigenomics centre is committed to generating huge and powerful databases that detail the effects of nutrition on gene expression profiles in various species. Likewise, this kind of database development has long been a research pursuit of livestock researchers at Guelph.

The idea here is that these databases give researchers an opportunity to study major patterns and predict change, without conducting time-consuming and expensive tests with large herds and more animals.

Alltech calls this green technology, and although it's hidden from sight, it's vital to advance nutrition.

There's no question the effects of some of the products Alltech's feeding to animals — particularly selenium — are being watched for their effects on human health, too. A big question is how gene expression in food animals can create positive human health benefits.

This new nutrigenomics facility, and the relationships that develop from it, will provide some answers. 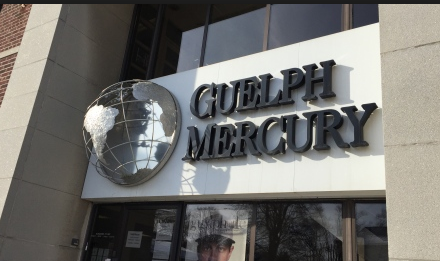 Thanks, Guelph Mercury, for the opportunity

Agriculture lines up to help